The 1st Quarter of 2014 has been a study of contrasts for the Tahoe -Truckee Region as the impacts of a sub-par winter battle with increasing demand and plunging inventory for real estate.

The total number of transactions through the first three months of the year has dipped 25%  from the same period in 2013; a figure roughly proportionate to the drop in skier visits through the first half of the season. Average price, however, has surged by nearly 29% from $694,264 to $901,111. 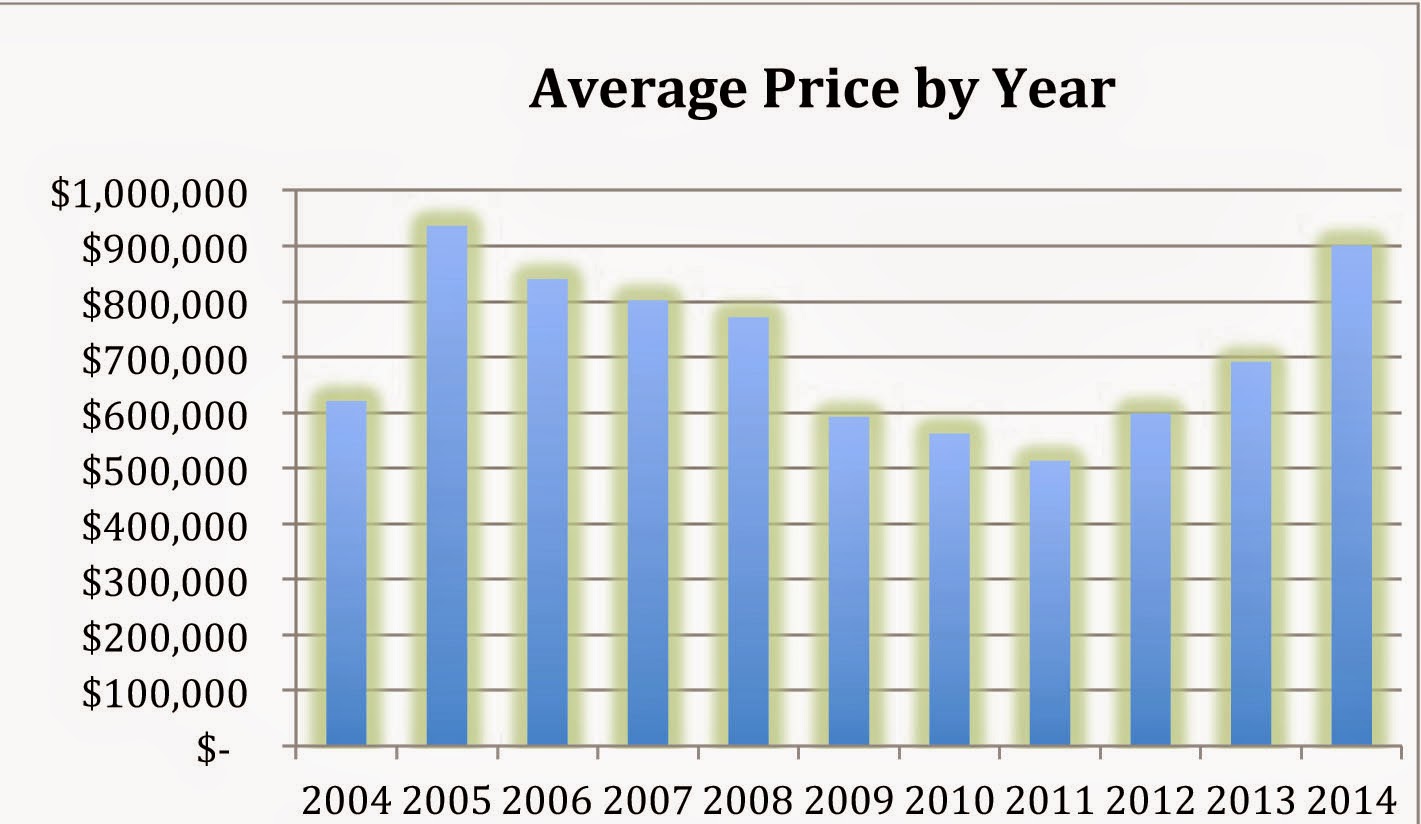 The luxury real estate segment has lead the way with two lakefront transactions greater than $10,000,000 and 42 total sales greater than $1,000,000. Knowing that luxury sales generally gain momentum throughout the calendar year, this represents an excellent first quarter. 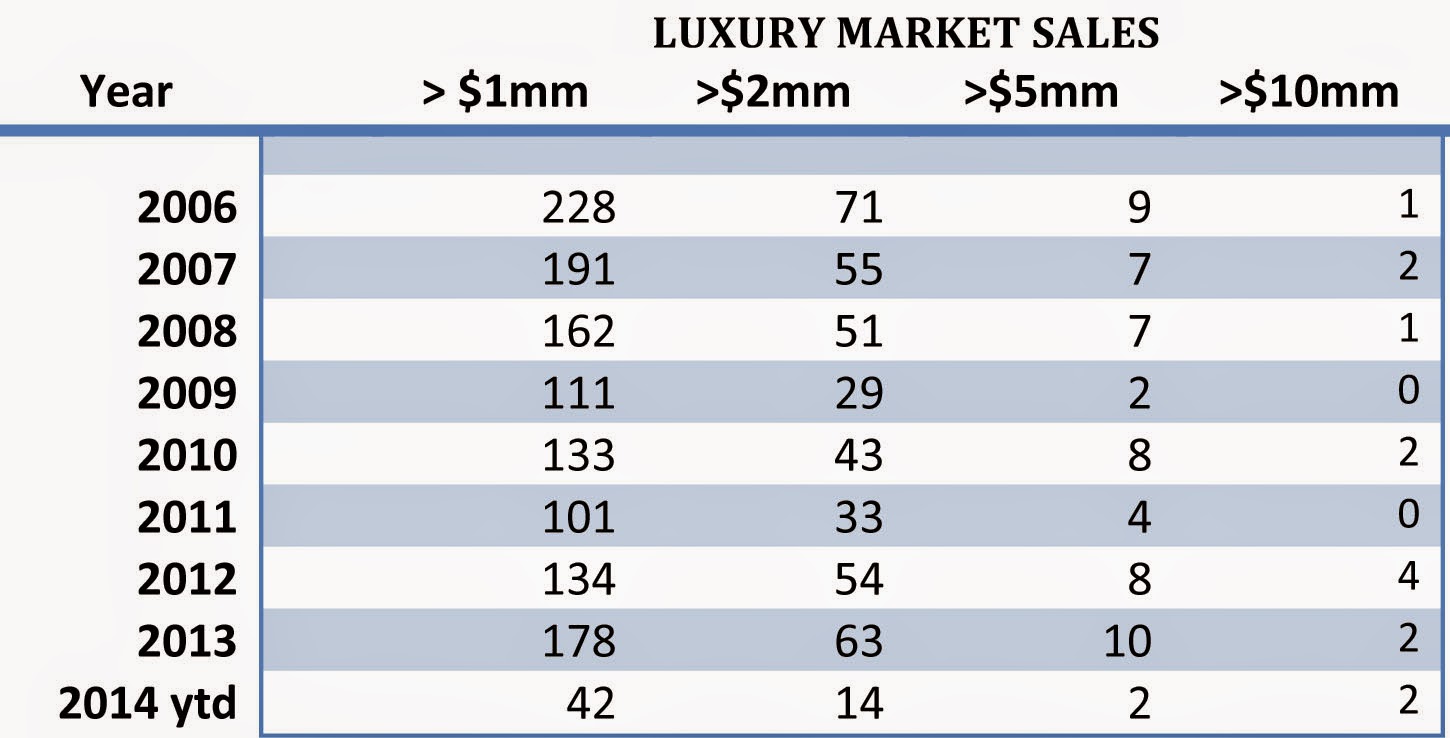 An interesting comparison can be drawn to 2012, a year with a similarly dry winter impacting real estate sales. In the first quarter of that year, just 17 sales were transacted.  As guests returned to the region for summer, a larger than normal number of sales occurred in the latter part of the year rendering the Q1 number just 18% of total sales for the resort.

In comparison during the winter of 2013, which started off with a significantly better snowpack, 27 Q1 sales were 27% of the annual total.

Other resort communities have seen similar market dynamics with 14 improved residential properties closed between Old Greenwood, Gray’s Crossing, Lahontan, Martis Camp and Schaffer’s Mill. While each of these communities has individual market dynamics, when viewed together they show stability of price and volume in comparison to a year ago. However, ten sales are pending throughout these communities at asking prices 13% higher than those already closed this year.
Vacant Land

As prices throughout the region continue to rise, construction activity has increased dramatically.  This has had a corresponding impact on demand for vacant land throughout the region. While closed transactions have decreased by 12%, median price has leapt by 57% from $83,000 to $130,000. The communities that experienced the most dramatic depreciation in the downturn have seen the greatest improvement. Gray’s Crossing has traded 93 homesites since January, 2013.  Year-to-date the average selling price has more than doubled from the same period last year. Also noteworthy is the range of sales, up from $21,500 - $89,000 to $59,900 - $192,500.

Both communities expect to have 30 or more homes begin construction in 2014.

Demand for homesites at the highest price points has increased as well. As mentioned previously, the highest land sale for the region in 2014 was a rare ski-in/ski-out homesite in Martis 25. Martis Camp continues on a strong trajectory with 33 homesites either sold or reserved.

The resurgence of the Tahoe – Truckee Real Estate market over the past two years has gone a long way toward recapturing the values lost in the downturn. The market has improved 28% from the 2011 trough (through 2013), and 42% through Q1, 2014. These figures are now 12% off the market’s peak in 2006. 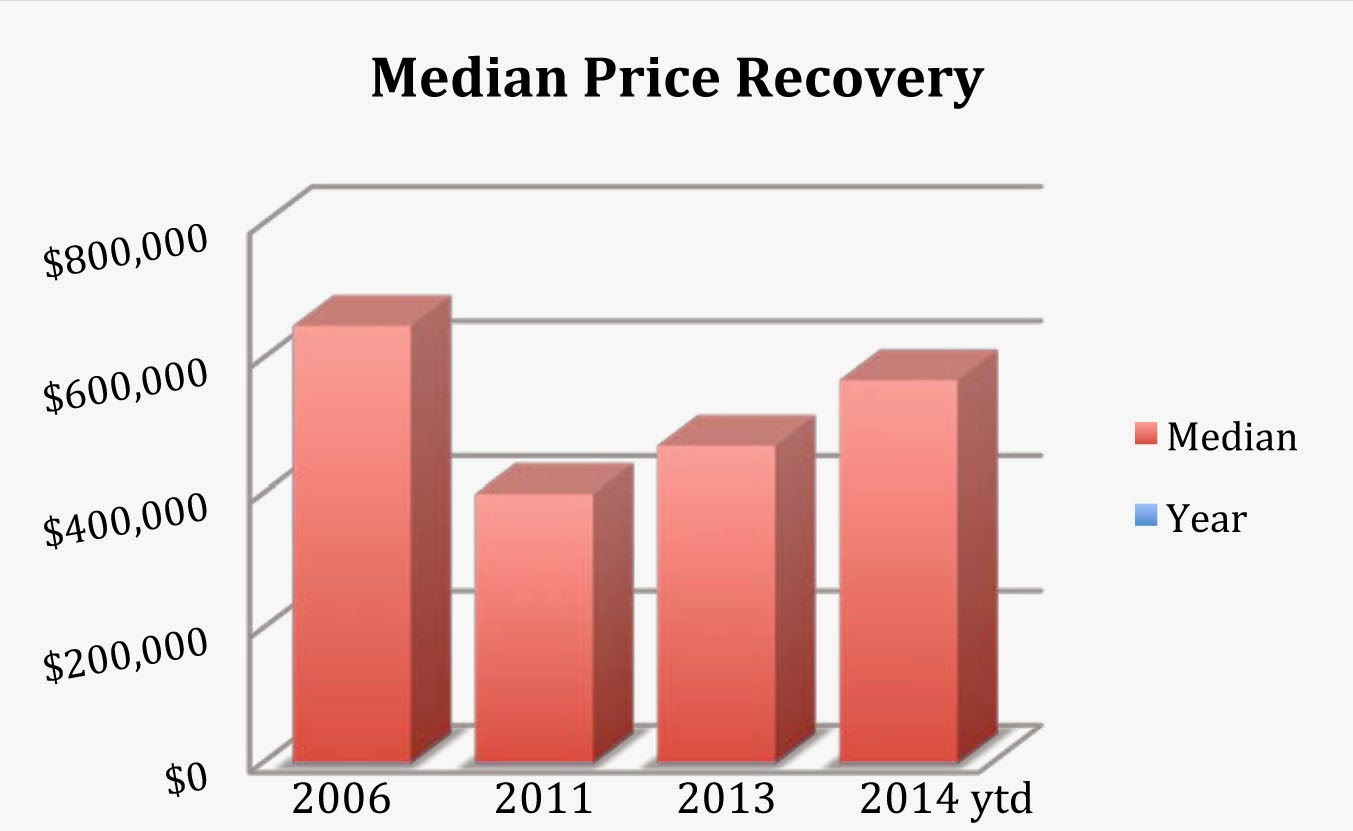 Despite a challenging winter, the market appears to be headed in the right direction. The combination of strong demand and limited inventory should combine to drive values even higher. As we wrap up winter and look toward summer, the visitation cycle will begin again. Based upon previous cycles, the velocity of transactions will likely pick up throughout the year; assuming there is available supply to be bought.

We look forward to sharing these insights with you as the year unfolds. Best wishes for spring.