The Village at Northstar is transforming into a winter holiday wonderland. The tree is up, the ice skating rink is rocking, the shops are full of winter gifts and the restaurants are cooking up delicious meals every day. 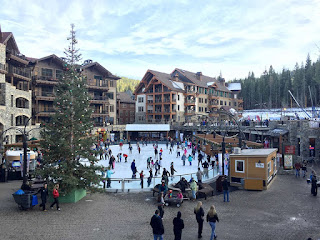 This week is the first of four magical Friday nights in the Northstar Village.  Noel Nights has been a Northstar tradition for years. The Village will be lively with sleigh bells ringing as the one horse open sleigh takes families and lovebirds for a ride around the Village.  The illuminated ice rink is filled with people of all ages and abilities enjoying a favorite winter ice skating pastime while listening to music.  Surrounding the ice rink are open fire pits with s’mores available for roasting and cabana bars open for a hot cocoa, hot toddies or a "Snuggler".  Carolers will be singing holiday tunes as they weave through the excitement.  Be on the lookout for the elves who roam the village in anticipation of Mr. Claus's grand appearance.  Be sure to look in all the nooks and crannies of the village for face painting, gingerbread house decorating and ornament making.  The best part of the night is when Santa arrives and kids of all ages rush to sit on his lap to tell him their Christmas wish. 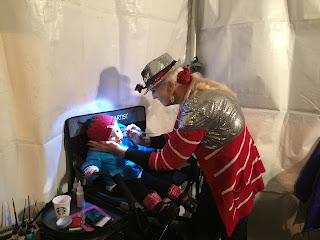 This Friday is a special night, not only because it is the first day of December and the countdown to Christmas but also the Northstar Tree Lighting Ceremony.  Gather around at 7pm for a group countdown to light the beautiful 26 foot Christmas tree at the foot of the skating rink. 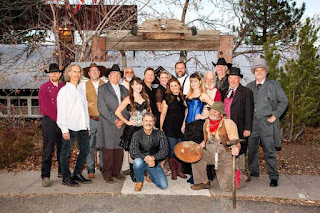 Does the history of Truckee intrigue you? The stories are wild, dangerous, exciting and at times devastating. Tales including gun fights, the building of the railroad, fires taking out the entire town, and the rowdy past of Jibboom Street's red light district all contribute to a great story.

Richard Blair is a local guitarist with a passion for the area’s past.  In his recording studio in Russell Valley he is turning these stories into modern folk/roots/Americana melodies and keeping the history alive.   One of the most popular songs is named, “The Duel”, the story of the famed shootout between early Truckee Sheriff Jacob Teeter and James Reed, the deputy with whom he shared a rocky relationship.  The songs are all fun and have fascinating historical roots. 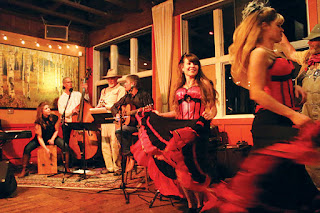 Richard Blair has teamed up with a popular local historical site and long time social club, Cottonwood Restaurant and Bar to present  “The Streets of Truckee”.  This dinner and show performance includes a blend of education, comedy and music.  All this while enjoying the fine cuisine of the Cottonwood Restaurant.  “You can’t really do a gunfight in Cottonwood,” Blair says.  But shy of that, the skits promise to be as close to living history as it gets.

This event takes place on various nights throughout the year at Cottonwood.  The next show is this weekend on November 26th.  Sign up for a night of fun and excitement.

Posted by Katie Tyler at 8:36 AM No comments: 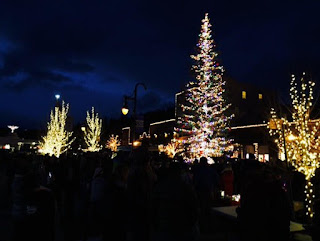 Thanksgiving is around the corner. To kick off the holiday, the Downtown Holiday Festival & Bud Fish Tree Lighting in Downtown Truckee is this Friday.  This event has been a local tradition for over 35 years and brings out the kid in all of us. 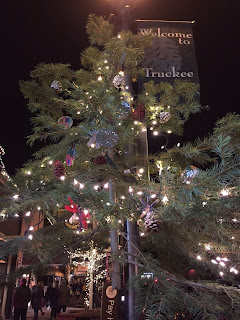 Starting off the night at 4:15pm, local elementary school children will be decorating 37 small trees that hang on the light posts lining Donner Pass Road in downtown Truckee.  Each class will make hand crafted ornaments, each tree is unique and creative.  Take a stroll down the lane to admire the young artists at work on their class tree. 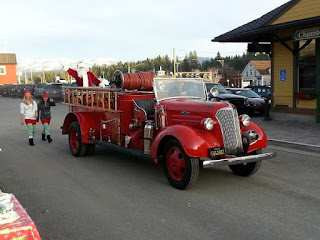 As the night starts to turn to dusk head over to the train station and warm up with some hot cocoa and cookies.  Keep your eyes open as the man in the red suit arrives in style aboard Truckee’s own vintage fire engine.  Santa will oversee the lighting of the town tree and all of downtown while the crowd helps with the countdown. 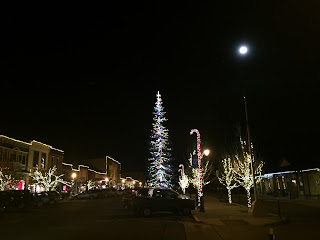 Kids of all ages are welcome to come and sit on Santa’s lap and tell him a Christmas wish.  Photographers will be capturing the moment for each family.

By the end of the night, town will be full of twinkling lights and ready for the holiday season! 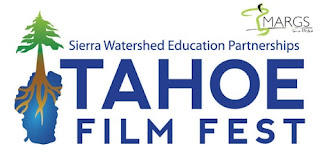 Sierra Watershed Education Partnerships (SWEP) is proud to present the third annual Tahoe Film Fest which will present environmental films in Incline, Truckee and Northstar November 30 – December 3, 2017. A stacked list of independent films are scheduled for this four-day event ranging from local to internationally awarded features. Go check out one or buy the all-access pass and see as many as you can. Here are some examples of what is in store: 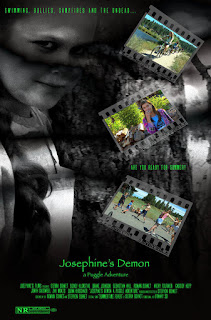 "Josephine's Demons" talks with local children in Truckee and highlights the struggles that children are facing today. 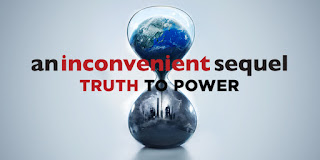 "An Inconvenient Sequel: Truth to Power" is Al Gore’s new documentary to continue his fight against the world’s climate crisis. 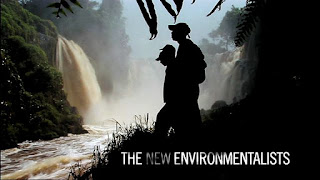 "The New Environmentalists" will close out the event at the Northstar Village Cinema on December 3rd. It is an Emmy award winning series, narrated by Robert Redford that features inspiring portraits of six passionate and dedicated activists.

The final Tahoe Film Fest event is the 2017 SWEPPY Awards where SWEP will award one of their partners for their role and contributions that make their program possible. This event is held on December 2, 2017 at Margs Taco Bistro. A night of food, drinks, a raffle and of course, the SWEPPY winner!
Sierra Watershed Educational Partnerships (SWEP) collaborates with local teachers, school districts and community partners to address pertinent environmental issues. SWEP programs emphasize service learning because of the multiple benefits to both students and communities. Students benefit by participating in meaningful learning activities that are relevant to their life experience, developing higher-order thinking skills such as analysis, problem solving, and decision-making, and exploring future career pathways. Communities benefit from service learning projects because the service activities in which the students engage address a specific community problem or meet a particular community need. An additional benefit is the creation of young community members with a strong sense of civic responsibility and the skills, experience, and leadership to accomplish community good. 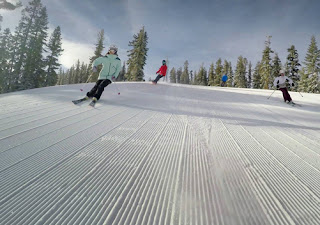 The last day of skiing for the 2016/2017 season in the Tahoe area was at Squaw Valley on July 15th, 2017. Riders were still making turns on the Palisades, Gold Coast and Shirley Lake into the hot days of summer after celebrating the 4th of July on the slopes. Will 2017/2018 season live up to last season? Snow lovers are keeping a close eye on the weather reports but only time will tell. 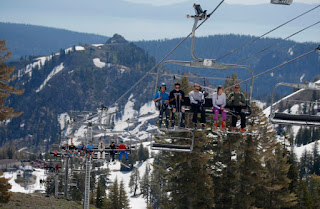 The first snow of the season arrived this year on September 21st. After a typical Tahoe fall with temperatures in the 70's, some significant snow is in the forecast for this weekend. It’s time to check your gear, make sure you have your pass in hand and get ready to make your first turns of the season. 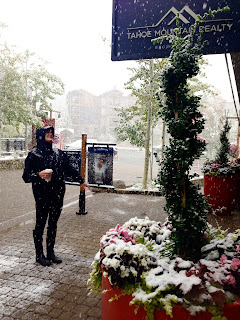 Mount Rose was the first resort to open this year on October 27th and 28th. With the north facing mountain and the cold temperatures early in the month, the resort was able to open one run for 2 days of riding. Squaw Valley has run the snow guns this week with low temperatures at night and Northstar is sure to follow. 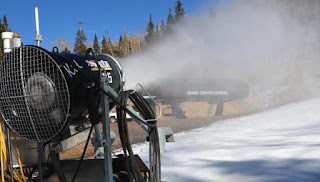 Winter is coming. The resorts are getting ready. Are you? 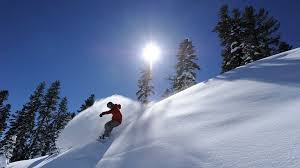 Below are some projected opening dates for resorts.

Posted by Katie Tyler at 4:15 PM No comments: 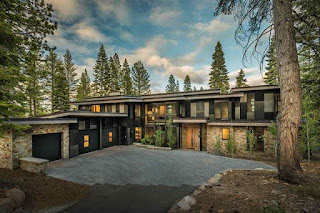 Supporting the theory that market conditions will override seasonal trends, the Tahoe-Truckee real estate market has continued to surge at a time when activity often tapers down into an early winter hibernation.

October 2017 saw over 200 residential transactions for the third consecutive month; the first time on record for such a streak. The 90-day period from August through October has produced over $500,000,000 in total sales volume; number nearly equal to the volume of entire years during the recession. 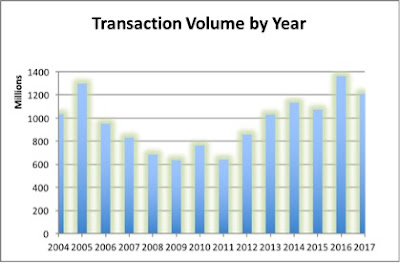 In a typical year, September and October offer a similar number of closed transactions yet September typically offers the years’ peak average price while October shows its’ trough.  This is indicative of the end of the retail buying season followed by value based purchases resulting from price reductions.  September followed suit offering an average price just below $1 million. Transactions in October, however, matched the annual average of $840,000 showing strong momentum continuing into the 4th quarter.

In addition to another five Martis Camp home sales, notable in October were four Tahoe lakefront home sales.  This class, long the epitome of luxury in the region, has seen an interesting revival in 2017. As redevelopment has been stymied in the Tahoe Basin over the last decade, resort property in Truckee’s various resort communities have offered newer, highly amenitized offerings tantalizing a younger generation of consumers. 2017 has already surpassed previous years with 28 lakefront sales at an average price near $4.5 million; nearly identical to the average sale price in Martis Camp. 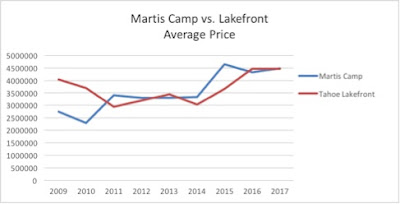 While Truckee resort properties offer greater overall quantity, the ratio of purchases $1 million and above has balanced dramatically from a high of 2.75 Truckee sales for every lakeside transaction to a more balance 1.85 in 2017. 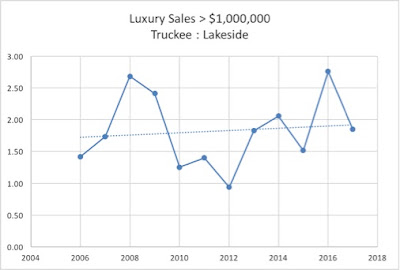 With 260 properties currently pending sale, strong market performance appears likely to continue outperforming the season. Gray’s Crossing, Lahontan and Martis Camp each have five residential sales pending scheduled to close by year end. With snow in the forecast and resorts scheduled to open for skiing within 3 weeks, attention will inevitably shift to mountainside properties were a number of premiere properties will likely trade ahead of the holiday rush.

Posted by Katie Tyler at 3:47 PM No comments: