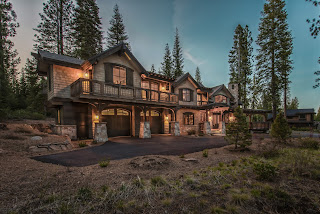 The primary drivers of this surge at the upper reaches of the market were five Martis Camp home sales totaling over $22,000,000 in sales volume. At an average price of $4,862,500 and nearly $1,000 per square foot, it would appear that momentum within the region's bell weather community remains strong. From a statistical perspective, the increasing number of homes being completed and sold in Martis Camp will continue to drive numbers higher. For comparison, in September, 2014 just one home sale in Martis Camp was published creating an $18,000,000 variance in total dollar volume for the region.

Nevertheless, luxury sales above $1 million surged with 34 transactions, nearly double the amount from a year ago. Beyond Martis Camp, Northstar posted its highest sale of the year at $3,500,000 for a single-family home in the Big Springs neighborhood complimented by two newly pending purchases in the Ritz-Carlton. Squaw Valley also kicked off some year-long rust with just its second $1 million sale of the year. As is typical of the season, lakeside properties contributed 20% of these transactions though none higher than $3,350,000. Schaffer's Mill closed a new Mountain Lodge residence in addition to two single-family homes continuing a similarly strong year for that young community.

Broadening the lens to the 3rd quarter of 2015, the market performance appears fundamentally steady with the prior year. Total sales increased by 1%, median price increased by 6% while average price decreased by 2% indicating an upswing in primary home purchases while luxury sales lagged slightly. Sales above $1 million were even with the prior year while concentrated somewhat at the lake and within resort communities. Gray's Crossing and Lahontan showed increased momentum while Martis Camp, Northstar, and Schaffer's Mill remained steady.

Heading into the 4th quarter, hope springs eternal for a bounce back winter. A chart tracking consumer optimism for winter conditions would consistently feature a peak value right around this time as days grow shorter and freezing temps creep in daily. As such, purchases in anticipation of winter should increase over the next six weeks before a typical taper heading into December and January. Resort inventory is as compelling as ever with competitive offerings from Mountainside to the Village at Northstar and beyond.

We look forward to keeping you informed as winter draws near.