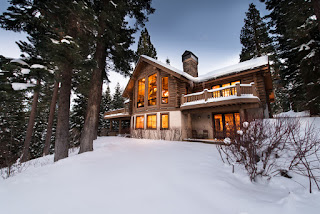 The 2015-2016 winter has been a bounce back period on many fronts. After a series of disappointing ski seasons, our region was thirsty not only for water but for the audience that drives our tourist economy. With over 400 inches of snow, nearly half of which graced us in March, the region has been propelled into recovery. Local real estate has returned to “normalized” conditions that include a healthy balance of inventory and sales momentum.

These figures, in realty, are as much a reflection of a poor start to 2015. Case in point is the performance of ski communities during a season with abundant snowfall compared to the compounding impact of several down years.


Other luxury, resort communities have seen a similar increase in Q1 activity:

Increased velocity has not yet resulted in Bay Area-type frenzies for real estate given several years of supply still overhanging certain pockets of the market resulting in a handful of exceptional buying opportunities.

Given the continued force of the Bay Area housing market and its direct impact on second home purchase in the Tahoe-Truckee region, there is no reason to believe that the rest of 2016 will not follow suit with a similar robust finish.

In addition to a projected sell out of Martis Camp and The Ritz-Carlton Residences, the region stands to see the first closings of Northstar Mountainside’s Stellar Collection, continued momentum for new home and land sales at Schaffer’s Camp, as well as the ongoing surge of new construction in Gray’s Crossing, Old Greenwood and Lahontan.  Additionally, several projects dormant since the downturn will return with reinvigorated offerings including The Fairway Townhomes at Gray’s Crossing and The Legacy Collection at Old Greenwood.

With a new fresh foot of snow to close out March, there will undoubtedly be strong energy through the last weeks of ski season driving the market toward greater spring activity. Watching the joy on the faces of consumers walking past TMR’s Village Showroom, the inherent happiness that results from time spent with family on the mountain is a commodity impervious to the whims of the market. Undoubtedly, families will continue to find great value in owning a family home in our region. We look forward to being the facilitator of such investments for years to come.