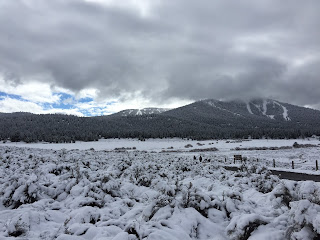 As the first snow of the season falls, the Tahoe Truckee community is abuzz with anticipation of the winter to come. In many ways, this early November accumulation already exceeds that of last winter and has buoyed spirits at a critical moment heading into winter. The Tahoe real estate market seems equally primed with exciting resort properties coming online to meet this renewed demand. Recent sales activity has been steady, if unspectacular, as if waiting for this snowfall to make a dramatic surge forward.

Year over year, October was fundamentally even with 2014 in the number of transactions as well as average price. At 146 total residential sales, both years represent strong performances against historical trends. The chart below demonstrates that over a the past decade, October is typically the annual peak for the number of sales in a given year. While October 2015 trended slightly below a very robust September, it is well above the historical average of 134. 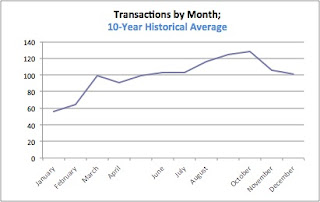 The local market showcased an interesting phenomenon this past month. While sales units were generally consistent with the previous year, average price was down 4% from $769,000 to $738,000; reflective of the segment of luxury buyers missing from the market in the first half of 2015. Conversely, median price rose year over year from $511,000 in 2014 to $551,000; an 8% increase.

Delving into these figures a bit more deeply, the range between $600,000 - $900,000 leapt by nearly double to 32 transactions in October. This would seem to indicate a new trend emerging in the local market. While many of these transaction represent our typical second homeowner purchasing in anticipation of the winter season to come, a new group of young families looking to move equity from their homes in higher-density, urban markets to a mountain community that promotes a  healthier standard of living.

The $600,000 - $900,000 price range offers a level of comfort in the space between entry-level and luxury that is appealing to these professionals who identify as high-earners but are not yet wealthy (HENRYs = High Earners, Not Rich Yet). This emerging demographic is bringing professional-class jobs to the region transcending the typical mountain economy based entirely around service and trades. With significant spending power, this group is driving cultural innovations throughout the region including diverse education options, new and exciting dining choices and greater recreation selections that will help smooth out the seasonality of the local economy.
Further, with seemingly limitless earning potential, this group is likely to find upward mobility in the coming years providing a continuous cycle of demand for property throughout the region.

As we are now within weeks of opening the most anticipated ski season, perhaps ever, there is much to be excited about. I look forward to keeping you informed as the Tahoe Truckee region realizes its full potential.